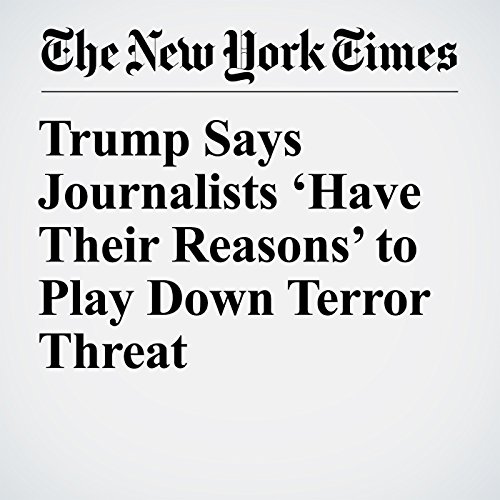 Trump Says Journalists ‘Have Their Reasons’ to Play Down Terror Threat

President Donald Trump asserted Monday that the news media was playing down the terrorist threat posed by the Islamic State, telling U.S. military personnel that journalists were reluctant to report on the militant group’s attacks in Europe and “have their reasons” for failing to cover them.

"Trump Says Journalists ‘Have Their Reasons’ to Play Down Terror Threat" is from the February 06, 2017 U.S. section of The New York Times. It was written by Julie Hirschfeld Davis and narrated by Kristi Burns.