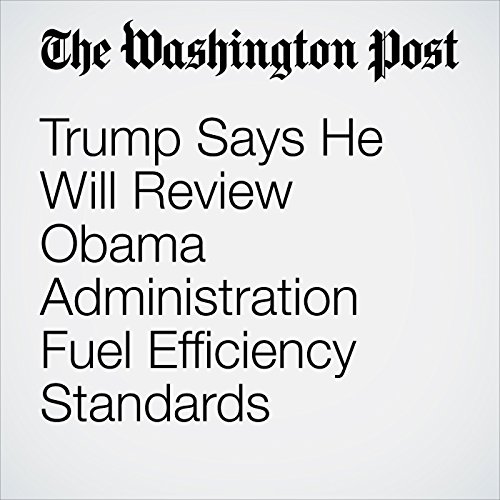 President Trump opened the door Wednesday to rolling back fuel efficiency standards that were adopted during the Obama administration, a move that could lead to a legal fight with state regulators and environmental groups in the coming years.

"Trump Says He Will Review Obama Administration Fuel Efficiency Standards" is from the March 15, 2017 Business section of The Washington Post. It was written by Steven Overly and narrated by Sam Scholl.