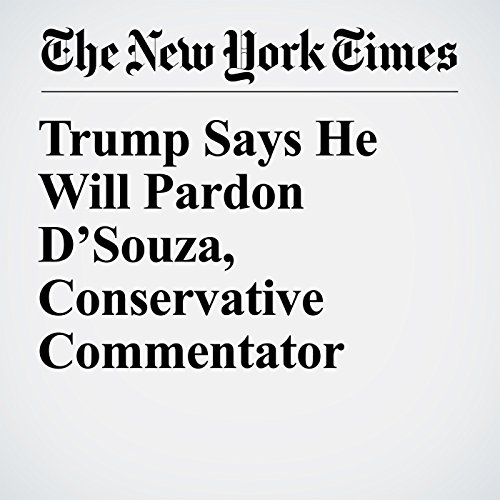 President Donald Trump said he planned to issue a pardon Thursday to Dinesh D’Souza, a conservative author, commentator and filmmaker, who pleaded guilty in 2014 to making illegal campaign contributions.

"Trump Says He Will Pardon D’Souza, Conservative Commentator" is from the May 31, 2018 U.S. section of The New York Times. It was written by Eileen Sullivan and narrated by Kristi Burns.