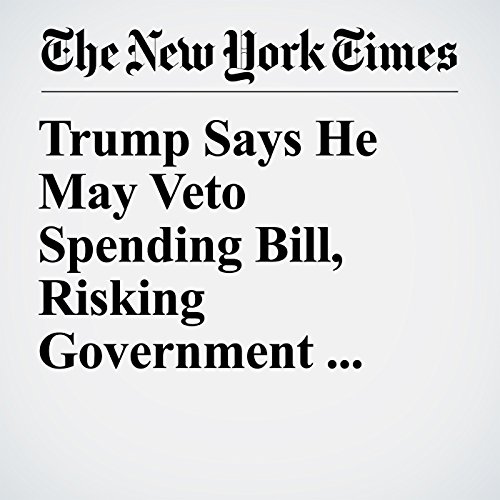 President Donald Trump threatened Friday to veto a $1.3 trillion spending package just hours before the government was set to shut down for lack of funds, lashing out over Congress’ failure to fund his long-promised border wall.

"Trump Says He May Veto Spending Bill, Risking Government Shutdown" is from the March 23, 2018 U.S. section of The New York Times. It was written by Julie Hirschfeld Davis and narrated by Fleet Cooper.