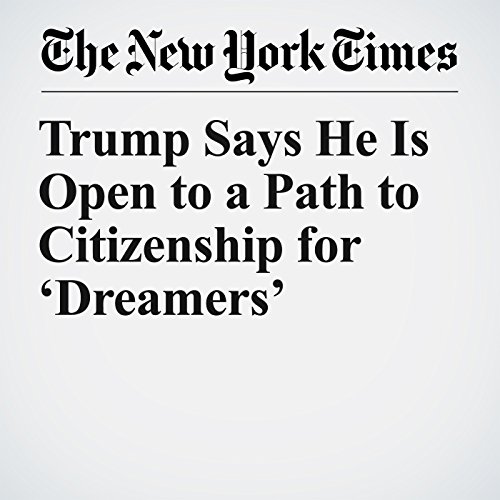 President Donald Trump said on Wednesday that he is open to a path to citizenship after 10 to 12 years for hundreds of thousands of immigrants brought illegally to the United States as children, days after rejecting a bipartisan plan with that as its centerpiece.

"Trump Says He Is Open to a Path to Citizenship for ‘Dreamers’" is from the January 25, 2018 U.S. section of The New York Times. It was written by Maggie Haberman, Katie Rogers and Michael D. Shear and narrated by Keith Sellon-Wright.