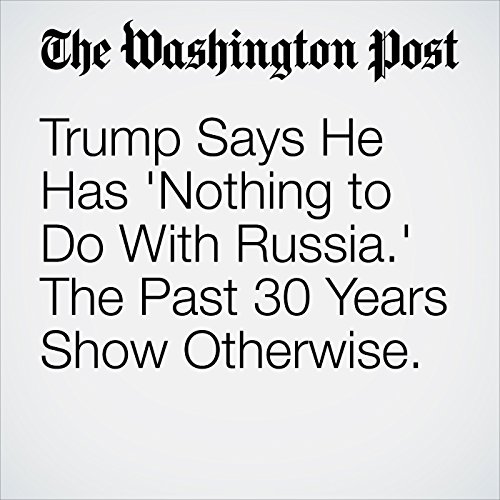 Trump Says He Has 'Nothing to Do With Russia.' The Past 30 Years Show Otherwise.

It is not possible to verify whether Trump does not have current deals or loans with Russian entities because he has refused to release his tax returns. But a look at Trump’s record since the 1980s shows that he and his family long have been interested in trying to do business there. The connection became a matter of curiosity during the 2016 presidential race. A Russian official was quoted saying his government had been in contact with Trump’s campaign, and the candidate repeatedly praised Russian President Vladi­mir Putin while urging the country’s leaders to hack into his opponent’s emails.

"Trump Says He Has 'Nothing to Do With Russia.' The Past 30 Years Show Otherwise." is from the January 11, 2016 Politics section of The Washington Post. It was written by Michael Kranish and narrated by Jenny Hoops.

Cosa pensano gli ascoltatori di Trump Says He Has 'Nothing to Do With Russia.' The Past 30 Years Show Otherwise.