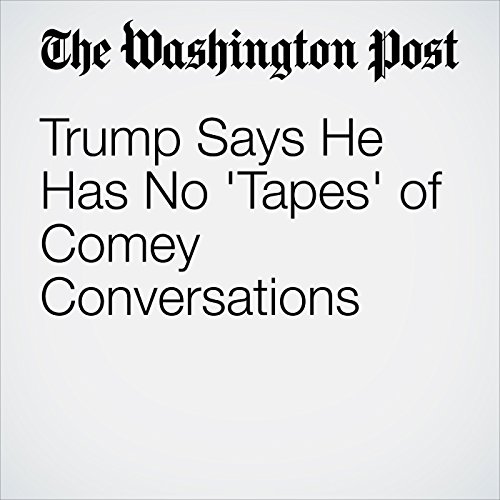 Trump Says He Has No 'Tapes' of Comey Conversations

President Trump said Thursday that he does not have "tapes" of his private conversations with former FBI director James B. Comey, finally ending a mystery of his own creation that began last month when he suggested last month that he had privately recorded their talks.

"Trump Says He Has No 'Tapes' of Comey Conversations" is from the June 22, 2017 Post Politics section of The Washington Post. It was written by Philip Rucker  and narrated by Sam Scholl.