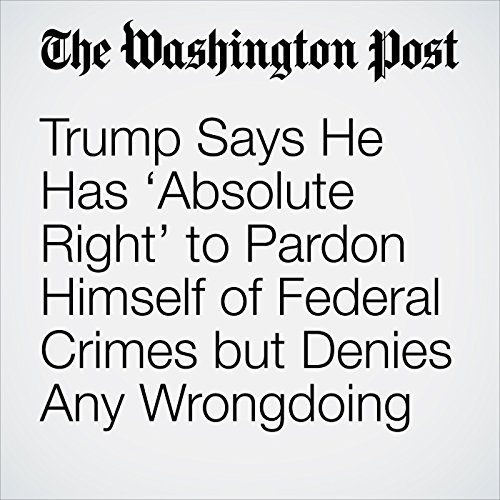 President Trump on Monday asserted an “absolute right” to pardon himself of any federal crimes but said he has no reason to do so because he has not engaged in any wrongdoing.

"Trump Says He Has ‘Absolute Right’ to Pardon Himself of Federal Crimes but Denies Any Wrongdoing" is from the June 04, 2018 Politics section of The Washington Post. It was written by John Wagner and narrated by Sam Scholl.