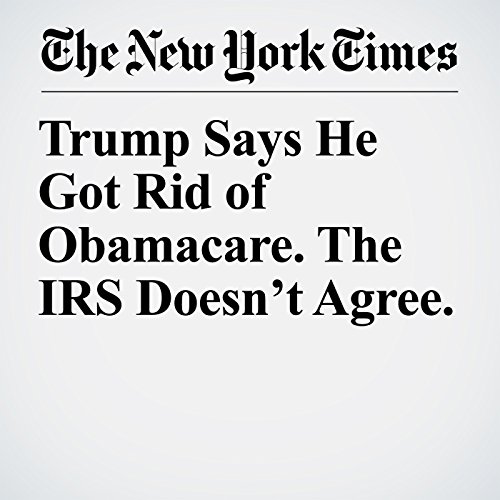 Trump Says He Got Rid of Obamacare. The IRS Doesn’t Agree.

At a rally in Michigan a little over a week ago, President Donald Trump assured his supporters that he had kept his promise to abolish the Affordable Care Act — even though Congress had failed to repeal the Obama-era health law.

"Trump Says He Got Rid of Obamacare. The IRS Doesn’t Agree." is from the May 06, 2018 Business section of The New York Times. It was written by Alan Rappeport and narrated by Keith Sellon-Wright.