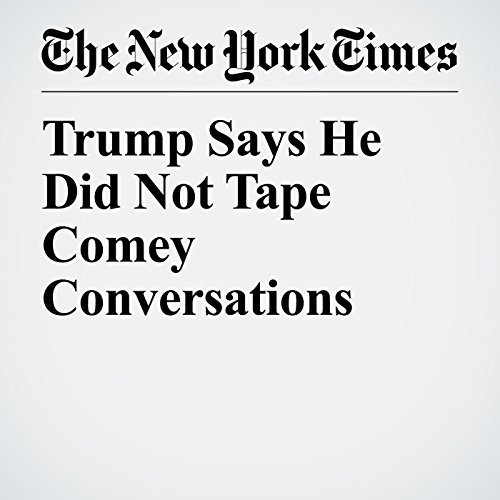 President Donald Trump acknowledged Thursday that he had not recorded his conversations with James B. Comey, the FBI director he fired amid the Justice Department’s investigation into the Trump campaign’s possible ties to Russia.

"Trump Says He Did Not Tape Comey Conversations" is from the June 22, 2017 U.S. section of The New York Times. It was written by Mark Landler and narrated by Kristi Burns.