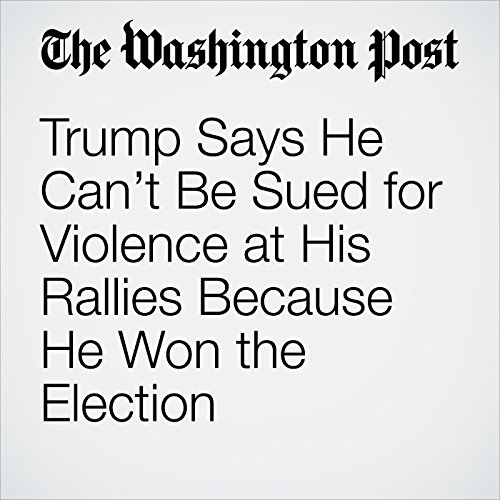 President Trump denied inciting a riot — but his co-defendant agreed with plaintiffs that Trump’s speech “was calculated to incite violence.”

"Trump Says He Can’t Be Sued for Violence at His Rallies Because He Won the Election" is from the April 15, 2017 Politics section of The Washington Post. It was written by Avi Selk and narrated by Sam Scholl.