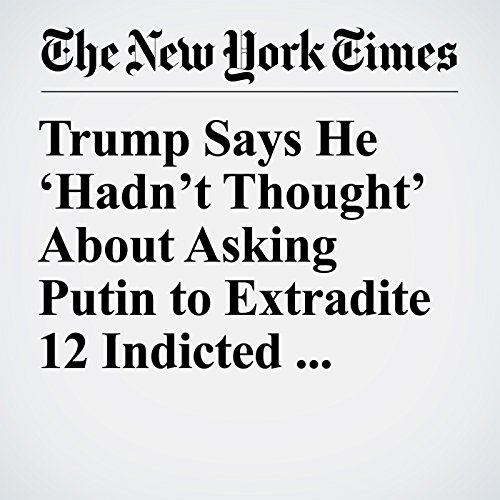 President Donald Trump, again seeking to lower expectations about his coming meeting with President Vladimir Putin of Russia, said Sunday that he “hadn’t thought”about asking for the extradition of the 12 Russian intelligence officers indicted on charges of hacking Democratic Party organizations in an effort to influence the 2016 election.

"Trump Says He ‘Hadn’t Thought’ About Asking Putin to Extradite 12 Indicted Russians" is from the July 15, 2018 U.S.section of The New York Times. It was written by Katie Rogers and narrated by Caroline Miller.