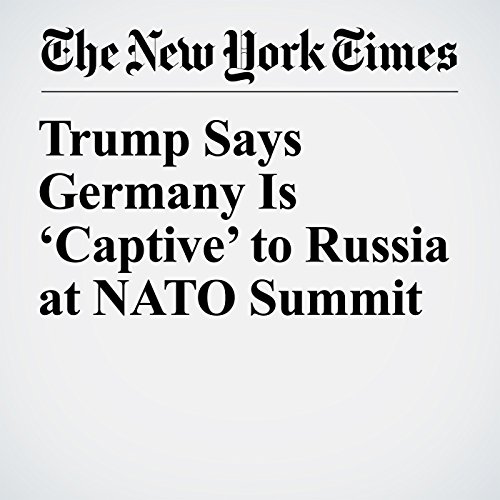 President Donald Trump kicked off his NATO summit meetings on a contentious note, calling allies “delinquent” for failing to spend enough on their own defense and attacking Germany as a “captive” of Russia because of its energy dealings.

"Trump Says Germany Is ‘Captive’ to Russia at NATO Summit" is from the July 11, 2018 U.S. section of The New York Times. It was written by Julie Hirschfeld Davis and narrated by Kristi Burns.