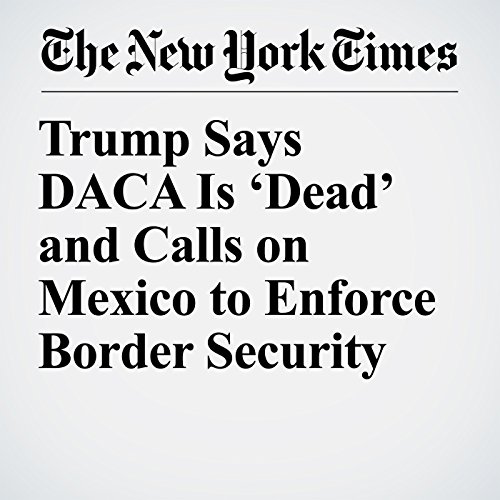 President Donald Trump declared Monday that a plan to protect young immigrants from deportation is “dead” and repeated his calls for Mexico to enforce border security laws and prevent immigrants from coming to the United States illegally.

"Trump Says DACA Is ‘Dead’ and Calls on Mexico to Enforce Border Security" is from the April 02, 2018 U.S. section of The New York Times. It was written by Eileen Sullivan and narrated by Kristi Burns.