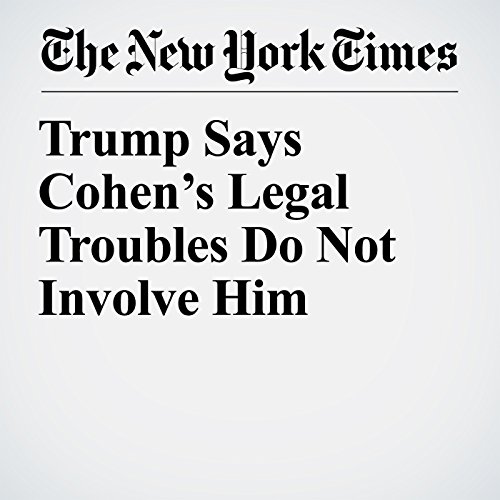 President Donald Trump distanced himself from his longtime lawyer, Michael Cohen, on Thursday, saying that a federal criminal investigation was focused on Cohen’s business dealings and had nothing to do with his legal representation of the president.

"Trump Says Cohen’s Legal Troubles Do Not Involve Him" is from the April 26, 2018 U.S. section of The New York Times. It was written by Peter Baker and Eileen Sullivan and narrated by Keith Sellon-Wright.