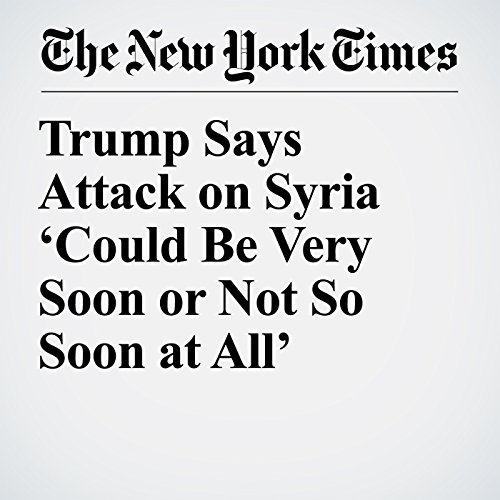 President Donald Trump said in a tweet early Thursday that he had never telegraphed the timing of an attack on Syria, and that such a strike — for which he put Russia and Syria on notice just one day earlier — “could be very soon or not so soon at all!”

"Trump Says Attack on Syria ‘Could Be Very Soon or Not So Soon at All’" is from the April 12, 2018 U.S. section of The New York Times. It was written by Eileen Sullivan and narrated by Keith Sellon-Wright.