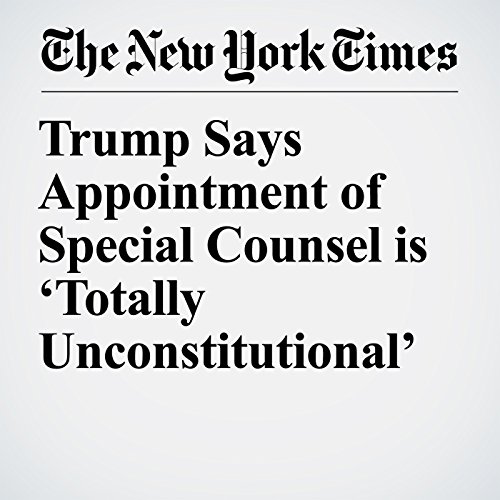 President Donald Trump declared Monday that the appointment of the special counsel in the Russia investigation is “totally UNCONSTITUTIONAL!” and asserted that he has the power to pardon himself, raising the prospect that he might take extraordinary action to immunize himself from the ongoing probe.

"Trump Says Appointment of Special Counsel is ‘Totally Unconstitutional’" is from the June 04, 2018 U.S. section of The New York Times. It was written by Michael D. Shear and narrated by Kristi Burns.