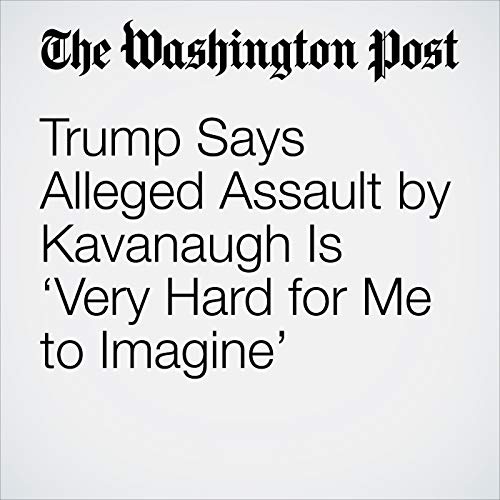 President Trump offered a robust defense of Judge Brett M. Kavanaugh on Wednesday, saying it was “very hard for me to imagine anything happened” with the woman who has accused the Supreme Court nominee of sexually assaulting her when both were teenagers.

"Trump Says Alleged Assault by Kavanaugh Is ‘Very Hard for Me to Imagine’" is from the September 19, 2018 Politics section of The Washington Post. It was written by John Wagner andSeung Min Kim and narrated by Sam Scholl.