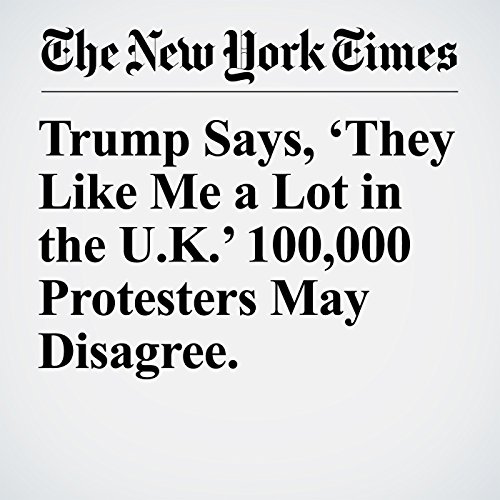 LONDON — As President Donald Trump landed in Britain on Thursday afternoon, protesters have been in battle-preparation mode, with demonstrations planned for every stage of his visit, even as its choreography seems designed to have him spend as little time as possible in London and keep him out of sight of any protests.

"Trump Says, ‘They Like Me a Lot in the U.K.’ 100,000 Protesters May Disagree." is from the July 12, 2018 World section of The New York Times. It was written by Ceylan Yeginsu and narrated by Caroline Miller.

Cosa pensano gli ascoltatori di Trump Says, ‘They Like Me a Lot in the U.K.’ 100,000 Protesters May Disagree.