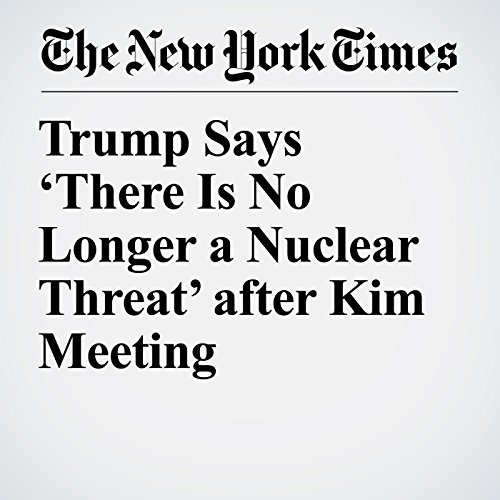 President Donald Trump returned to the United States early Wednesday praising his diplomatic prowess after his meeting with the North Korean leader and declaring, “There is no longer a Nuclear Threat” from Pyongyang.

"Trump Says ‘There Is No Longer a Nuclear Threat’ after Kim Meeting" is from the June 13, 2018 U.S. section of The New York Times. It was written by Eileen Sullivan and narrated by Keith Sellon-Wright.