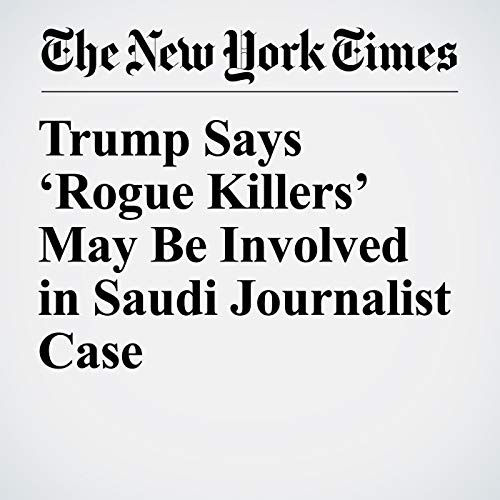 President Donald Trump said Monday that he spoke with the king of Saudi Arabia and that the ruler denied any knowledge of what happened to a missing Saudi dissident journalist. After the call, Trump said it was possible that “rogue killers” were behind the disappearance of the journalist, Jamal Khashoggi.

"Trump Says ‘Rogue Killers’ May Be Involved in Saudi Journalist Case" is from the October 15, 2018 U.S. section of The New York Times. It was written by Eileen Sullivan and narrated by Kristi Burns.