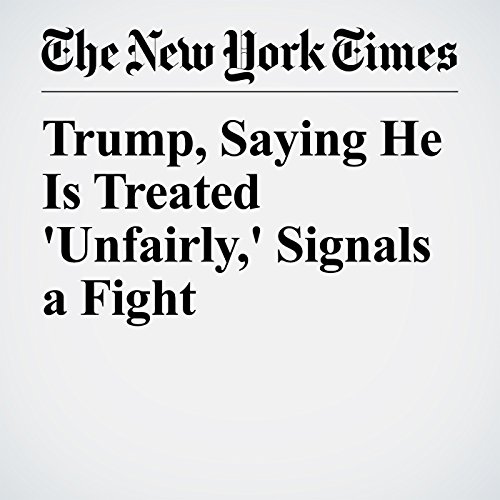 An embattled President Donald Trump used his first commencement address to a military academy as president to defend himself Wednesday, telling graduating Coast Guard cadets that no leader in history has been treated more “unfairly” by the news media and Washington elites — and he signaled that will hunker down for a lengthy fight.

"Trump, Saying He Is Treated 'Unfairly,' Signals a Fight" is from the May 17, 2017 U.S. section of The New York Times. It was written by Maggie Haberman and Glenn Thrush and narrated by Kristi Burns.