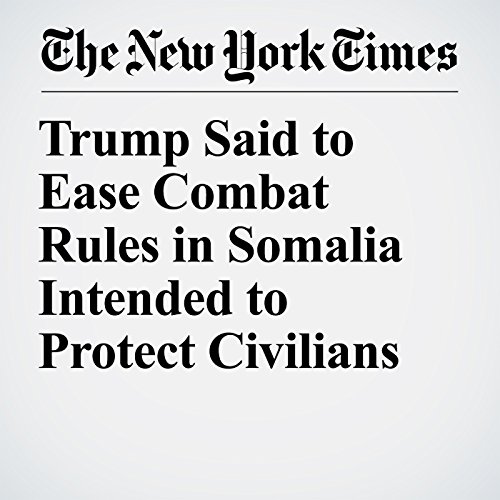 President Donald Trump has relaxed some of the rules for preventing civilian casualties when the U.S. military carries out counterterrorism strikes in Somalia, laying the groundwork for an escalating campaign against Islamist militants in the Horn of Africa.

"Trump Said to Ease Combat Rules in Somalia Intended to Protect Civilians" is from the March 30, 2017 World section of The New York Times. It was written by Charlie Savage and Eric Schmitt and narrated by Fleet Cooper.