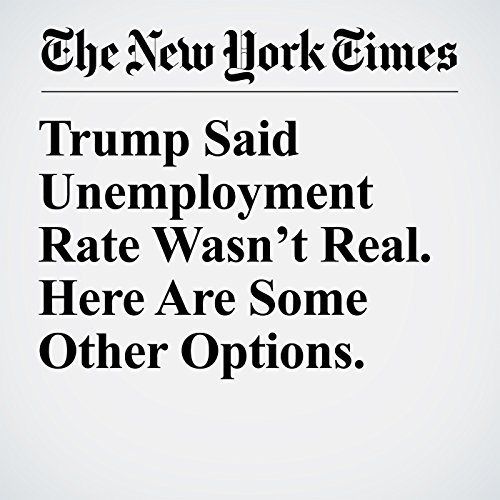 With the January jobs report released Friday by the Labor Department, we know that President Donald Trump took office amid a relatively low unemployment rate (it ticked up to 4.8 percent in January), strong job growth (227,000 positions added that month) and weak wage growth (average hourly earnings up 0.1 percent in January and 2.5 percent over the past year).

"Trump Said Unemployment Rate Wasn’t Real. Here Are Some Other Options." is from the February 03, 2017 Business section of The New York Times. It was written by Neil Irwin and narrated by Caroline Miller.