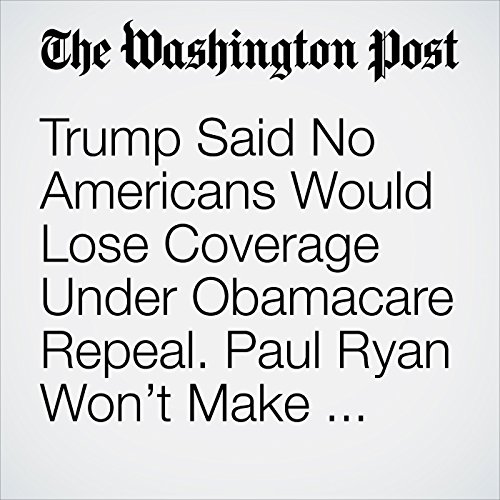 “It’s not our job to make people do something that they don’t want to do,” Ryan said. “It is our job to have a system where people can get universal access to affordable coverage if they choose to do so or not. That’s what we’re going to be accomplishing.”

"Trump Said No Americans Would Lose Coverage Under Obamacare Repeal. Paul Ryan Won’t Make That Promise." is from the March 12, 2017 Politics section of The Washington Post. It was written by Kelsey Snell and narrated by Jenny Hoops.