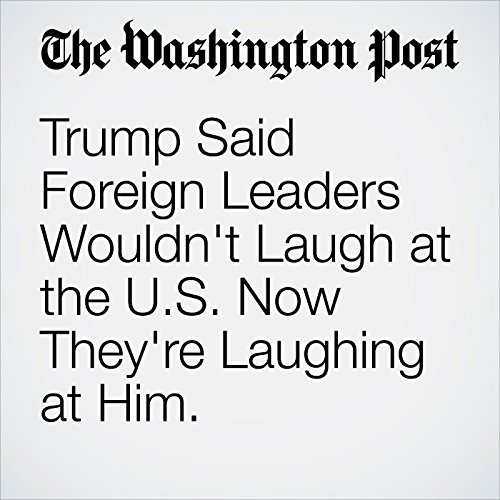 In Mexico, former president Vicente Fox posted a profane video on YouTube, mocking Trump’s taste for taco bowls (“they’re not even Mexican!”) and border walls (“Mexico will not pay”) that has been viewed nearly half a million times.

"Trump Said Foreign Leaders Wouldn't Laugh at the U.S. Now They're Laughing at Him." is from the June 15, 2017 Politics section of The Washington Post. It was written by David Nakamura and Anne Gearan  and narrated by Sam Scholl.