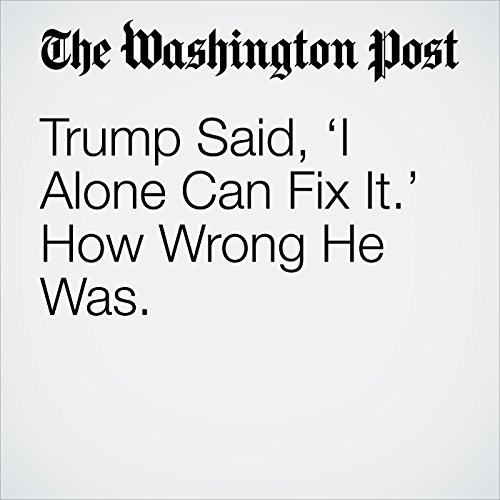 “Nobody knows the system better than me, which is why I alone can fix it,” Donald Trump proclaimed in accepting the Republican presidential nomination. Given that we are at the first anniversary of Trump’s swearing-in, citing his inaugural address might seem more apt. But the quote from the Republican National Convention in Cleveland does more to explain how we arrived at the unprecedented moment in which a president governing with two houses of Congress controlled by his party finds himself presiding over a government shutdown.

"Trump Said, ‘I Alone Can Fix It.’ How Wrong He Was." is from the January 20, 2018 Opinions section of The Washington Post. It was written by Ruth Marcus and narrated by Sam Scholl.

Cosa pensano gli ascoltatori di Trump Said, ‘I Alone Can Fix It.’ How Wrong He Was.