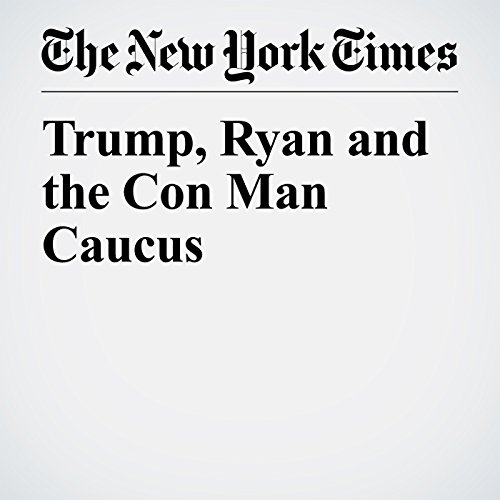 It really is amazing to watch this chaotic horror show play out at the highest levels of a great nation’s government. But I guess this is what you have to expect when you hand over the reins of power to a con man, whose whole career has been based on convincing naïve marks that he’s a brilliant dealmaker, but turns out to have no idea how to actually govern.

"Trump, Ryan and the Con Man Caucus" is from the November 02, 2017 Opinion section of The New York Times. It was written by Paul Krugman and narrated by Kristi Burns.