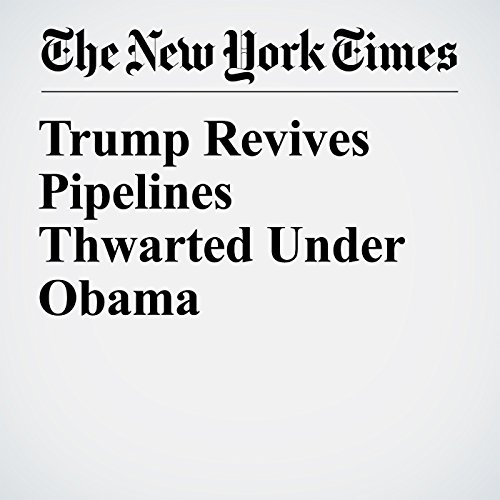 In his latest moves to dismantle the legacy of his predecessor, Trump resurrected the Keystone XL pipeline that had stirred years of debate, and expedited another pipeline in the Dakotas that had become a major flashpoint for Native Americans. He also signed a directive ordering an end to protracted environmental reviews.

"Trump Revives Pipelines Thwarted Under Obama" is from the January 24, 2017 U.S. section of The New York Times. It was written by Peter Baker and Coral Davenport and narrated by Caroline Miller.