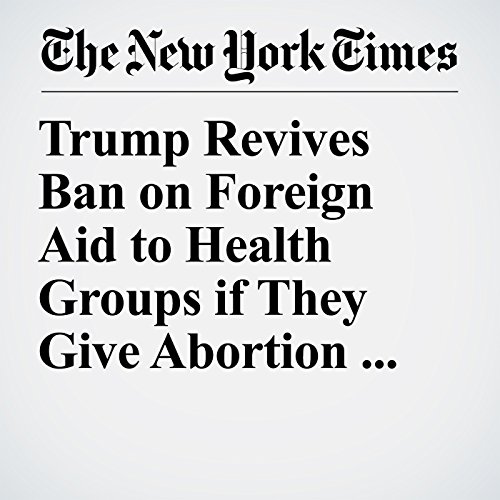 U.S. law already prohibits the use of U.S. taxpayer dollars for abortion services anywhere, including in countries where the procedure is legal. But this order takes it further. It freezes U.S. funding to health care providers in poor countries if they include abortion counseling or if they advocate the right to seek abortion in their countries.

"Trump Revives Ban on Foreign Aid to Health Groups if They Give Abortion Counseling" is from the January 23, 2017 World section of The New York Times. It was written by Somini Sengupta and narrated by Kristi Burns.