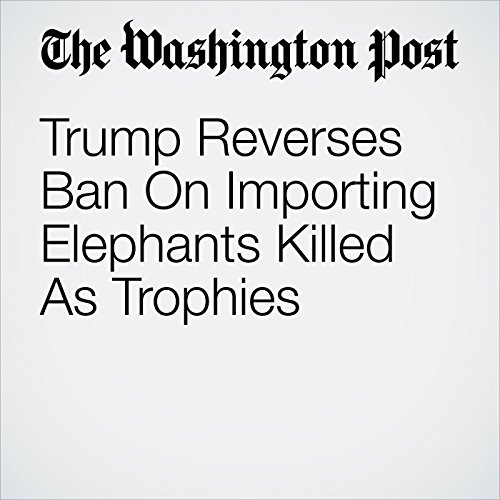 The Trump administration said it will allow the importation of body parts from African elephants shot for sport, contending that encouraging wealthy big-game hunters to kill them will aid the vulnerable species.

"Trump Reverses Ban On Importing Elephants Killed As Trophies" is from the November 16, 2017 Politics section of The Washington Post. It was written by Michael Biesecker and narrated by Jenny Hoops.