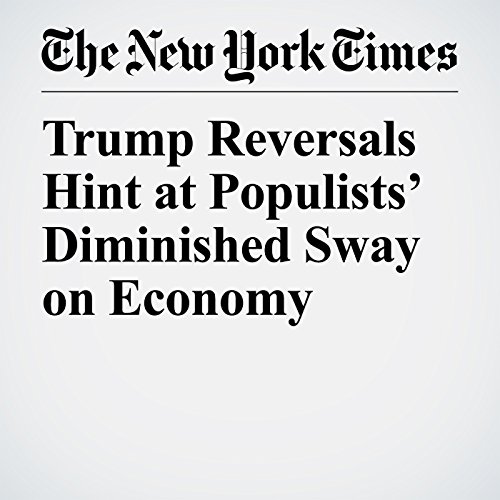 "Trump Reversals Hint at Populists’ Diminished Sway on Economy" is from the April 13, 2017 U.S. section of The New York Times. It was written by Alan Rappeport and narrated by Caroline Miller.