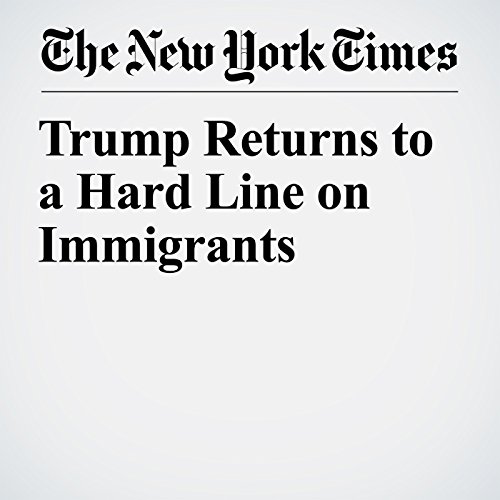 President Donald Trump has begun a new push for legislation to crack down on illegal immigration and make it more difficult to obtain refuge in the United States, White House officials said Monday, arguing that lax laws have drawn a flood of migrants to the country’s borders.

"Trump Returns to a Hard Line on Immigrants" is from the April 02, 2018 U.S. section of The New York Times. It was written by Julie Hirschfeld Davis and narrated by Keith Sellon-Wright.