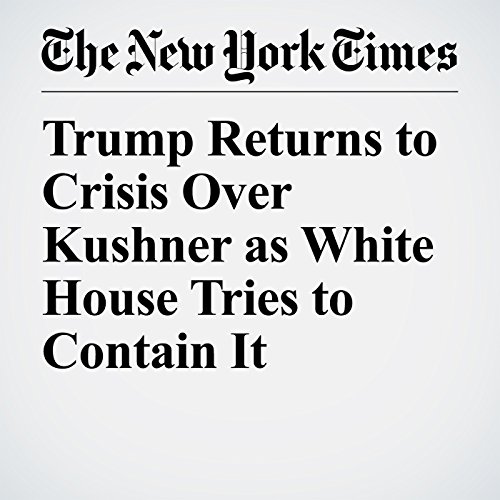 As Trump ended a nine-day overseas trip that aides considered the most successful stretch of his presidency, he was returning to a crisis that had only grown in his absence.

"Trump Returns to Crisis Over Kushner as White House Tries to Contain It" is from the May 27, 2017 National section of The New York Times. It was written by Maggie Haberman, Glenn Thrush and Julie Hirschfeld Davis and narrated by Kristi Burns.