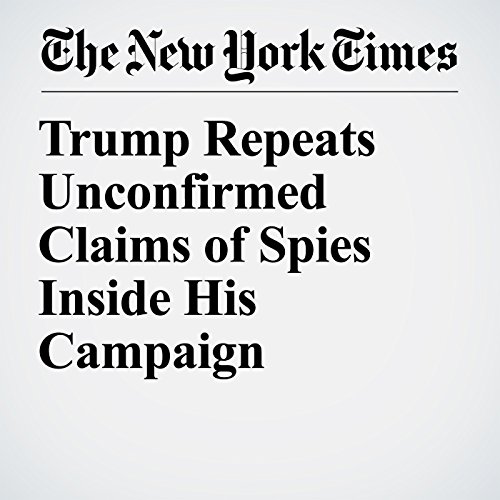 President Donald Trump repeated unconfirmed claims Wednesday about federal investigators using a spy inside his presidential campaign and said it could be one of the “biggest political scandals in history!” The president also gave the scandal a name: “SPYGATE.”

"Trump Repeats Unconfirmed Claims of Spies Inside His Campaign" is from the May 23, 2018 U.S. section of The New York Times. It was written by Eileen Sullivan and narrated by Kristi Burns.