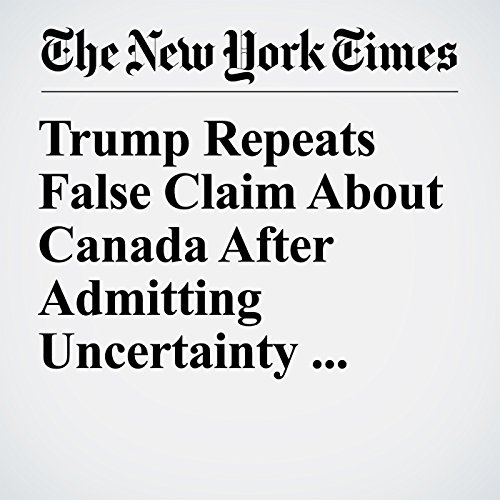 President Donald Trump on Thursday repeated his false assertion that the United States runs a trade deficit with Canada, the morning after privately telling Republican donors that he had deliberately insisted on that claim in a meeting with Prime Minister Justin Trudeau of Canada without knowing whether it was true.

"Trump Repeats False Claim About Canada After Admitting Uncertainty Over Figure" is from the March 16, 2018 U.S. section of The New York Times. It was written by Julie Hirschfeld Davis and narrated by Fleet Cooper.