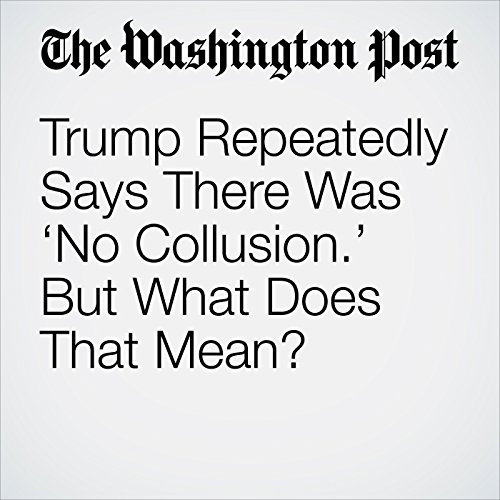 President Trump says it so often that it has been stripped of meaning. He said it on Wednesday: “There’s been no collusion whatsoever.” He and the White House have said it no fewer than 140 times since he took office, and that was the count as of two weeks ago. Who know how many times he’s said it by now.

"Trump Repeatedly Says There Was ‘No Collusion.’ But What Does That Mean?" is from the January 25, 2018 Politics section of The Washington Post. It was written by Philip Bump and narrated by Sam Scholl.

Cosa pensano gli ascoltatori di Trump Repeatedly Says There Was ‘No Collusion.’ But What Does That Mean?