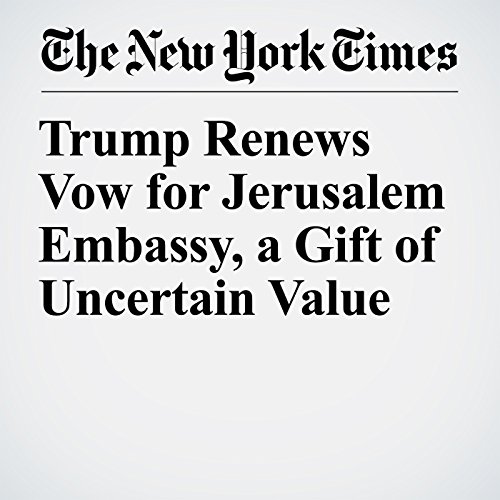 Palestinians protested around the West Bank on Thursday, and many Israeli Jews wondered if this was a gift that could be politely pushed away. Moving the embassy is not even close to the top of the list of concerns for even right-leaning Israelis who oppose the establishment of a Palestinian state.

"Trump Renews Vow for Jerusalem Embassy, a Gift of Uncertain Value" is from the January 19, 2017 World section of The New York Times. It was written by Ian Fisher and Isabel Kershner and narrated by Barbara Benjamin-Creel.