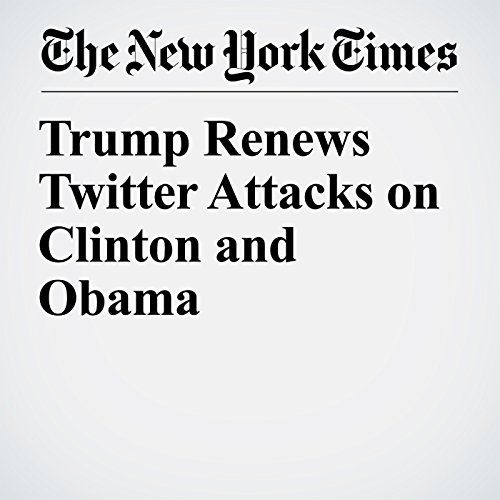 President Donald Trump kicked off his week on Monday by renewing attacks on Hillary Clinton and her team on Twitter, while seizing on Fox News reports to justify his assertions that the Obama administration spied on him during last year’s campaign.

"Trump Renews Twitter Attacks on Clinton and Obama" is from the April 03, 2017 U.S. section of The New York Times. It was written by Peter Baker and narrated by Fleet Cooper.