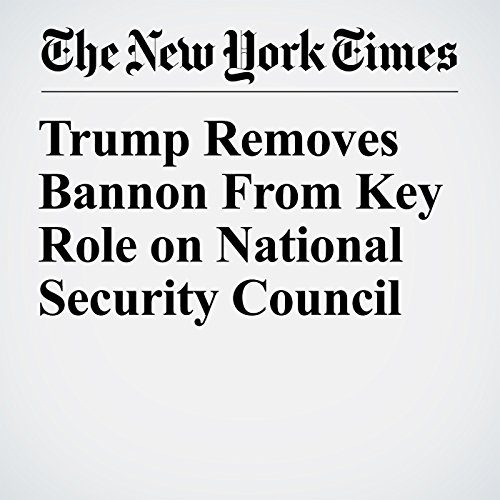 President Donald Trump reshuffled his national security organization on Wednesday, removing his chief strategist, Stephen Bannon, from a top policymaking committee and restoring senior military and intelligence officials who had been downgraded when he first came into office.

"Trump Removes Bannon From Key Role on National Security Council" is from the April 05, 2017 U.S. section of The New York Times. It was written by Peter Baker and narrated by Fleet Cooper.