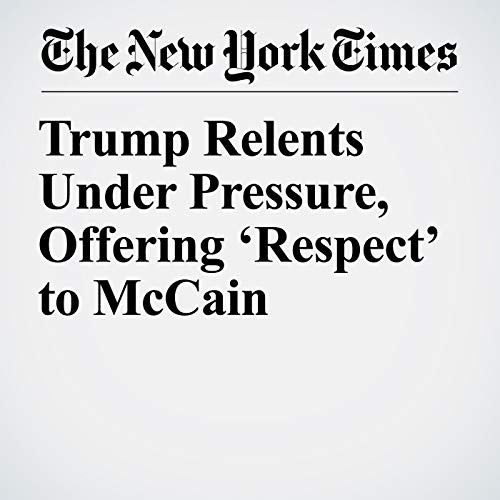 In the Senate chamber on Monday, John McCain’s desk was draped in black and topped with a vase of white roses. The majority leader, Sen. Mitch McConnell, rose to praise McCain as a colleague and hero who “spotlighted many of our highest values.” Outside, an impromptu memorial took shape as the flags over Capitol Hill flew at half-staff.

"Trump Relents Under Pressure, Offering ‘Respect’ to McCain" is from the August 27, 2018 U.S. section of The New York Times. It was written by Katie Rogers, Nicholas Fandos and Maggie Haberman and narrated by Kristi Burns.