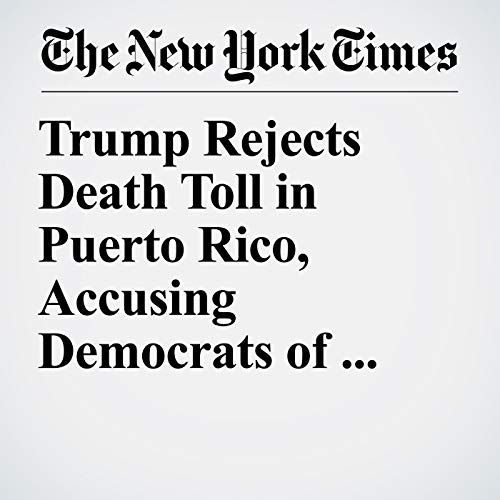 Trump was criticized last year for a slow response to Puerto Rico, where the distribution of supplies, gas and food lagged and power outages lasted for months, particularly compared with a swift and efficient response to an earlier hurricane, Harvey, that hit Texas. It was six days after Hurricane Maria hit the island before he pledged to go there, even as he traveled to Texas four days after Hurricane Harvey made landfall.

"Trump Rejects Death Toll in Puerto Rico, Accusing Democrats of Inflating Numbers" is from the September 13, 2018 U.S. section of The New York Times. It was written by Eileen Sullivan and Julie Hirschfeld Davis and narrated by Keith Sellon-Wright.