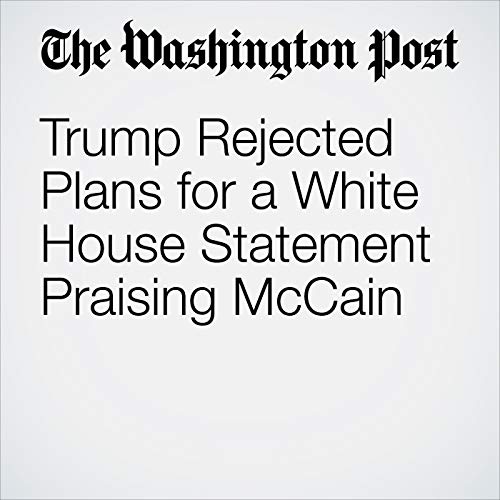 President Trump nixed issuing a statement that praised the heroism and life of Sen. John McCain, telling senior aides he preferred to issue a tweet before posting one Saturday night that did not include any kind words for the late Arizona Republican.

"Trump Rejected Plans for a White House Statement Praising McCain" is from the August 26, 2018 Politics section of The Washington Post. It was written by Josh Dawsey and narrated by Sam Scholl.