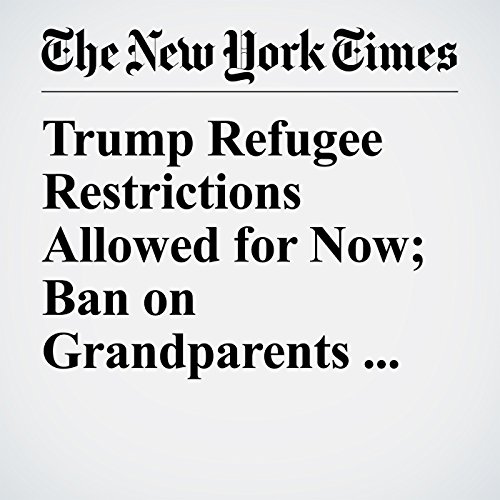 The Supreme Court on Wednesday temporarily allowed the Trump administration to enforce restrictions on the nation’s refugee program, but it let stand a court order from Hawaii that grandparents and other relatives who want to travel to the United States to visit family must be admitted while the case proceeds on appeal.

"Trump Refugee Restrictions Allowed for Now; Ban on Grandparents Rejected" is from the July 19, 2017 U.S. section of The New York Times. It was written by Adam Liptak and narrated by Kristi Burns.