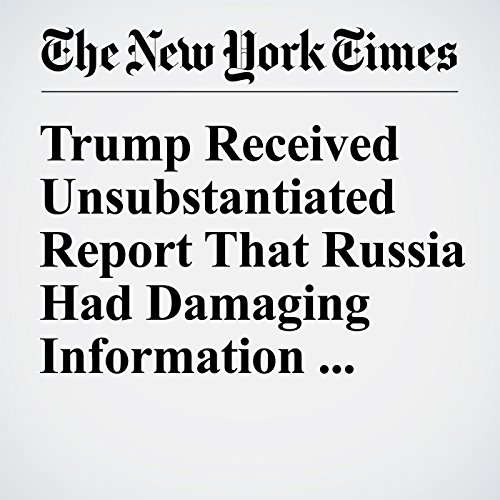 The chiefs of U.S. intelligence agencies last week presented President Barack Obama and President-elect Donald Trump with a summary of unsubstantiated reports that Russia had collected compromising and salacious personal information about Trump, two officials with knowledge of the briefing said.

"Trump Received Unsubstantiated Report That Russia Had Damaging Information About Him" is from the January 10, 2017 U.S. section of The New York Times. It was written by Scott Shane, Matthew Rosenberg and Adam Goldman and narrated by Kristi Burns.