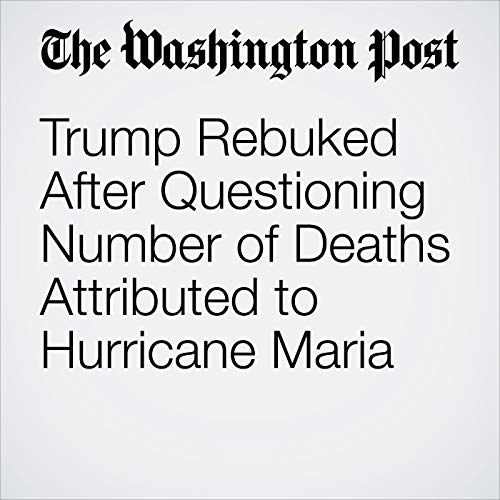 President Trump drew widespread rebukes Thursday — including from several fellow Republicans — after falsely claiming that the number of deaths attributable to Hurricane Maria had been inflated by Democrats to “make me look as bad as possible.”

"Trump Rebuked After Questioning Number of Deaths Attributed to Hurricane Maria" is from the September 13, 2018 Politics section of The Washington Post. It was written by John Wagner and narrated by Sam Scholl.