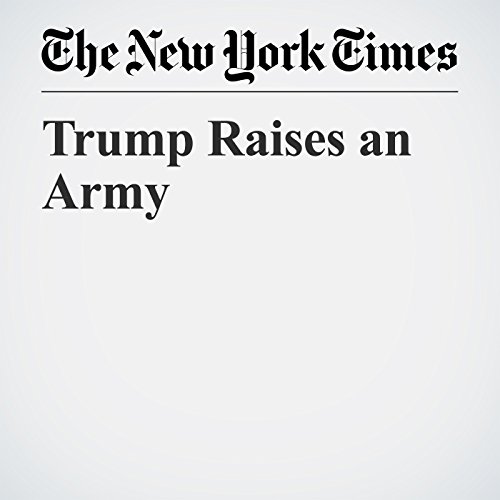 I know that Harvey is heavy on America’s heart.It is certainly heavy on mine. My oldest brother lives in the hard-hit suburban Houston town of Humble, just outside of George Bush Intercontinental Airport and on the shores of the Spring Creek and the west fork of the San Jacinto River.

"Trump Raises an Army" is from the August 30, 2017 Opinion section of The New York Times. It was written by Charles M. Blow and narrated by Keith Sellon-Wright.