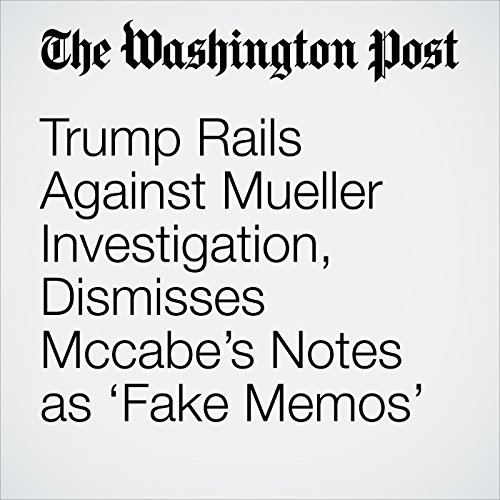 President Trump fired off angry tweets Sunday morning railing against the Justice Department special counsel’s Russia investigation and attacking the integrity of former FBI director James B. Comey and his former deputy, Andrew McCabe, charging that their notes from conversations with him were “Fake Memos.”

"Trump Rails Against Mueller Investigation, Dismisses McCabe's Notes as ‘Fake Memos’" is from the March 18, 2018 Politics section of The Washington Post. It was written by Philip Rucker and narrated by Sam Scholl.