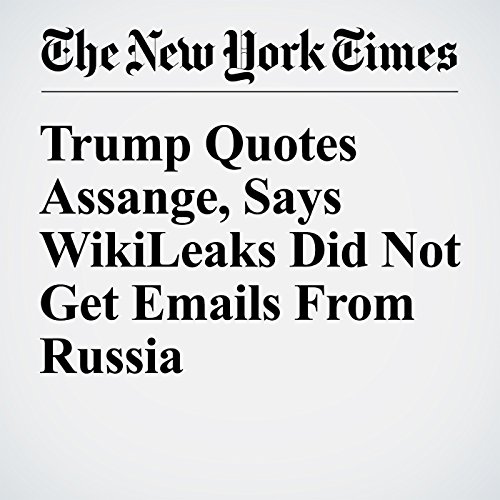 Trump Quotes Assange, Says WikiLeaks Did Not Get Emails From Russia

Assange appeared on Fox News on Tuesday night with Sean Hannity, one of Trump’s biggest media boosters, to declare once again that the Russians were not the source of the purloined emails that WikiLeaks released from the Democratic National Committee and the personal account of Hillary Clinton’s campaign chairman, John Podesta.

"Trump Quotes Assange, Says WikiLeaks Did Not Get Emails From Russia" is from the January 04, 2017 U.S. section of The New York Times. It was written by Scott Shane and Julie Hirschfeld Davis and narrated by Fleet Cooper.