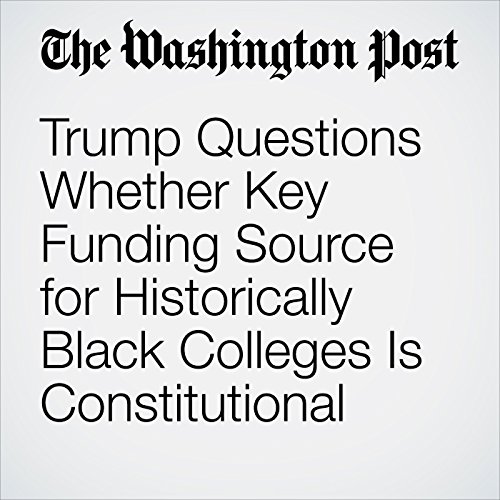 In February, President Trump invited leaders from historically black colleges and universities to the White House, a move they hoped signaled his support for the institutions and showed an effort to give them more clout in his administration. But critics had a more cynical description of the Oval Office meeting: a photo op.

" Trump Questions Whether Key Funding Source for Historically Black Colleges Is Constitutional" is from the May 06, 2017 National section of The Washington Post. It was written by Cleve R. Wootson Jr. and Susan Svrluga and narrated by Sam Scholl.